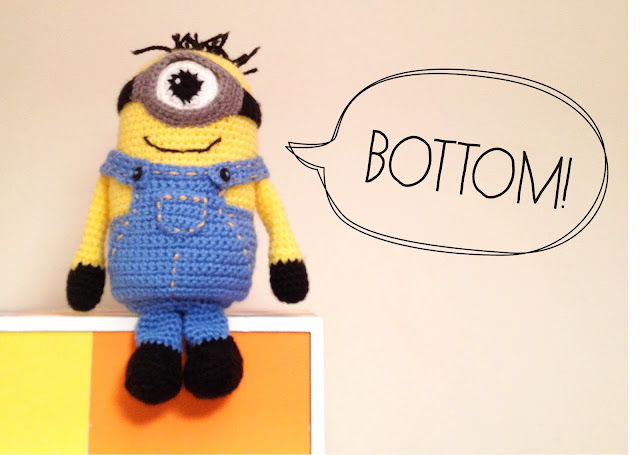 Well look at this! No posts for a month and then two come along at once! I have to say, I enjoyed writing my last piece about Harriet's lovely cushion that I was spurred on to tell you about my minion making adventure over the weekend. I have made a few other things and I will take you through them some time but as making this little guy at the weekend was just so much fun I thought I would bring him to the front of the queue!

After wracking my brains as to what to make my two year old niece for Christmas (she is going through short phases with her toys so I have been struggling to find something which is flavour of the week) I popped round for a visit and found her watching the despicable me film with her mum. Every time a minion appeared on screen she giggled and said 'Minion!' so I thought I should get to work making her one of her very own... 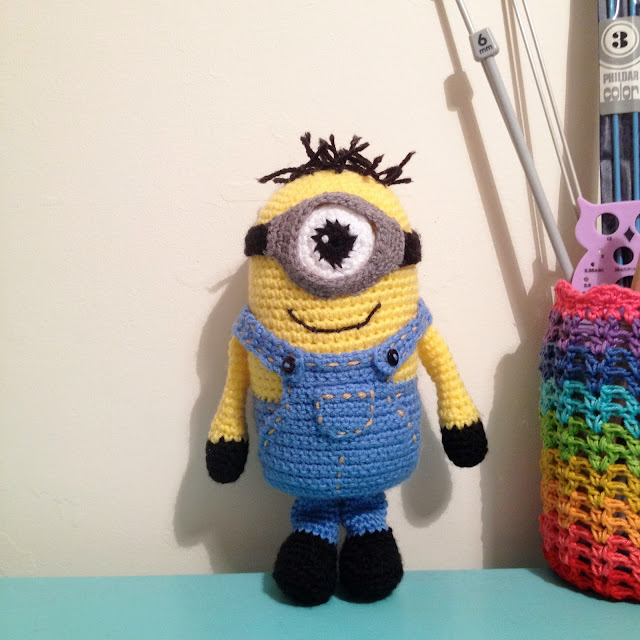 I worked on him in between batches of mincemeat and my mince pies at the weekend, and while we watched lots of cheesy Christmas films. It was great just making something up as I went along, referring to the picture and just making each piece to order. 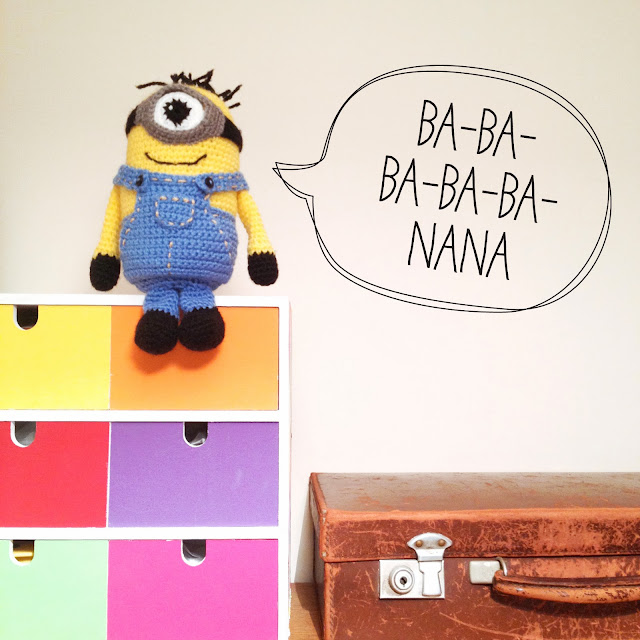 The body was worked as a spiral from the top of the head with about 5 increase rounds, then worked down to where the dungarees start, then I switched to blue to finish off and decrease. I made a flat piece for the front of the dungarees and stitched it to the bottom after stuffing then a smaller rectangular piece for the back, with long rectangles for the straps. tubes for the arms and legs, which I only stuffed at the ends to make it more drapey and cuddly, and simple shapes for the goggles. 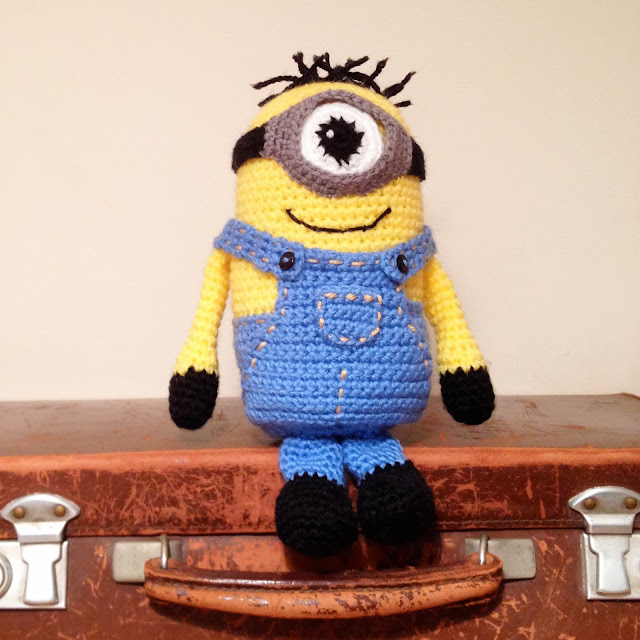 Once you start looking all the bits are easy enough to work out, you just need to keep looking back at the images on the web to make sure the positioning and scaling are correct. Maybe one day I will get my act together write the pattern out but there are lots out there already, I just wanted mine to be more 'Dave'. 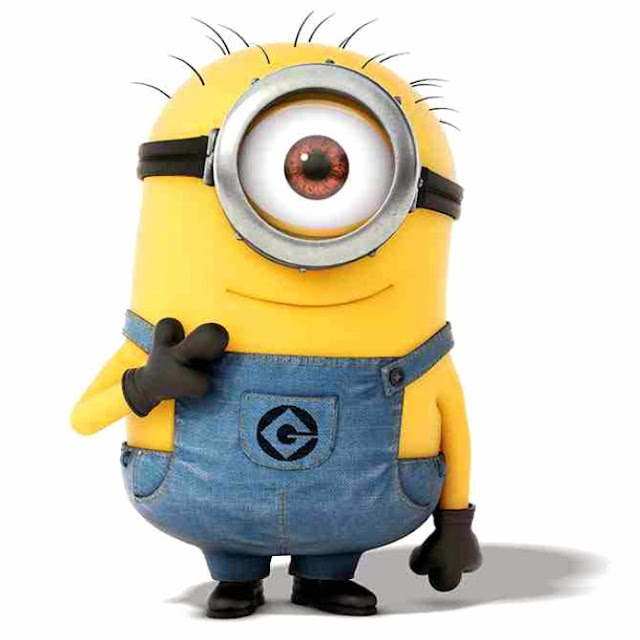 I had so much fun making this guy although there was a bit of unraveling, accompanied by a lot of cursing and I am hoping he will be well received on Christmas day!

Hope you are all having fun crafting your Christmas gifts. Remember it should still be fun so don't set yourself impossible tasks and stress yourself out. Take it from a girl who's been there!
Posted by Anna at 22:13